quote of the day

On Education and Activism: 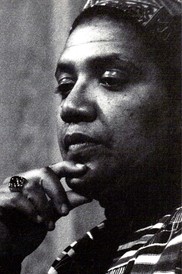 Audre Lorde
"Your silence will not protect you." -Audre Lorde


"Education, therefore, is a process of living and not a preparation for future living." -John Dewey*


"The most common way people give up their power is by thinking they don't have any." -Alice Walker*


"It is not desirable to cultivate a respect for the law, so much as for the right." -Henry David Thoreau*


"Our problems stem from our acceptance of this filthy, rotten system." -Dorothy Day*


"If we don't fight hard enough for the things we stand for, at some point we have to recognize that we don't really stand for them." -Paul Wellstone*


"Nearly all men can stand adversity, but if you want to test a man's character, give him power." -Abraham Lincoln*


"When a woman tells the truth she is creating the possibility for more truth around around her." -Adrienne Rich*


"The attempt to combine wisdom and power has only rarely been successful and then only for a short while." -Albert Einstein*


"In the banking concept of education, knowledge is a gift bestowed by those who consider themselves knowledgeable upon those whom they consider to know nothing... The teacher presents himself to his students as their necessary opposite; by considering their ignorance absolute, he justifies his own existence." -Paulo Freire*


"There is no reason to think a small group of thoughtful, committed citizens cannot change the world; indeed, that's the only thing that ever has." -Margaret Mead*


“You develop an instant global consciousness, a people orientation, an intense dissatisfaction with the state of the world, and a compulsion to do something about it. From out there on the moon, international politics look so petty. You want to grab a politician by the scruff of the neck and drag him a quarter of a million miles out and say, ‘Look at that, you son of a bitch.’” -Astronaut Edgar Mitchell

On Books, Writing, and Art:

still from Ratatouille (photo source: ew.com)
"In many ways, the work of a critic is easy. We risk very little, yet enjoy a position over those who offer up their work and their selves to our judgment. We thrive on negative criticism, which is fun to write and to read. But the bitter truth we critics must face is that, in the grand scheme of things, the average piece of junk is probably more meaningful than our criticism designating it so. But there are times when a critic truly risks something, and that is in the discovery and defense of the new. The world is often unkind to new talent, new creations. The new needs friends.... Not everyone can become a great artist, but a great artist can come from anywhere." -Anton Ego in Ratatouille, Brad Bird, screenwriter


“We believe the one who has power. He is the one who gets to write the story. So when you study history, you must ask yourself, 'Whose story am I missing? Whose voice was suppressed so that this voice could come forth?' Once you have figured that out, you must find that story too. From there you get a clearer, yet still imperfect, picture.” -Yaa Gyasi


"Progressive art can assist people to learn not only about the objective forces at work in the society in which they live, but also about the intensely social character of their interior lives. Ultimately, it can propel people toward social emancipation." -Angela Y. Davis


"E.L. Doctorow said once said that 'Writing a novel is like driving a car at night. You can see only as far as your headlights, but you can make the whole trip that way.' You don't have to see where you're going, you don't have to see your destination or everything you will pass along the way. You just have to see two or three feet ahead of you. This is right up there with the best advice on writing, or life, I have ever heard." -Anne Lamott


"I want to live in a society where people are intoxicated with the joy of making things." -William Coperthwaite*


"A room without books is like a body without a soul."  -Marcus Tullius Cicero

* Ten bonus fuzzies if you noticed that these quotes are epigraphs in This Girl is Different.